NVIDIA Omniverse is the multi-GPU, real-time, collaboration development platform for 3D simulation and design. Today we’re going to focus on the Omniverse Create application and the Sequencer rendering pipeline within it.

Nvidia Omniverse offers the environment to create, design and collaborate through the likes of Create, Kit and Machima. Although the further community offer the “extensions” which really bring Omniverse to life. One of these extensions is “Sequencer” a window that allows users to edit, organize and adjust desired actors within a timeline, whether the actors are it’s lighting fixtures, animated characters or camera tracks. The sequencer extension will feel incredibly familiar to any Unreal Engine users crossing over as it almost works identically. The Omniverse sequencer doesn’t just allow users to easily animate a scene it also provides the ability to “Movie render” out of Omniverse with both Ray-Traced or Path-Traced graphics. 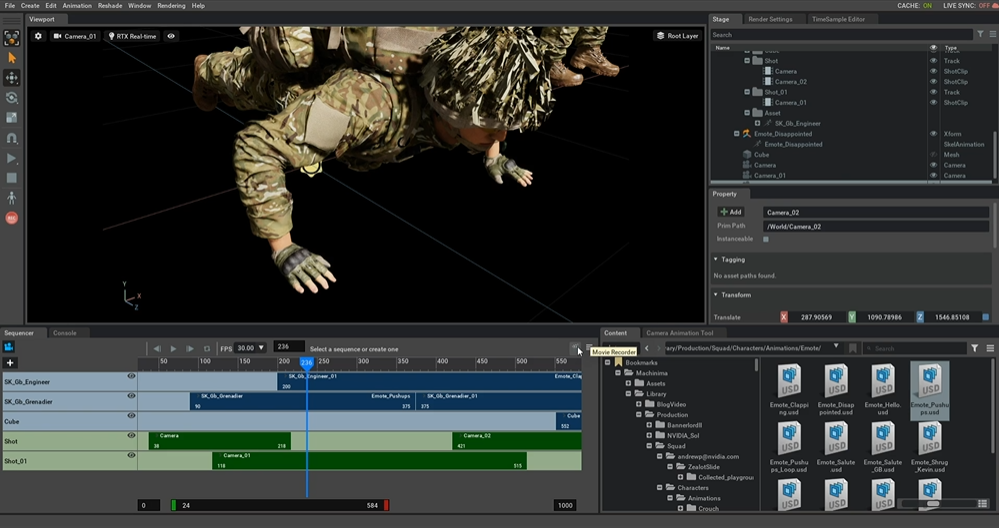 Below is a labelled version of the Omniverse tab interface, explaining the purpose of each individual feature: