To start our list of virtual production improvements we have the growth of nDisplay integrations between both internal engine utilities and external plugin partners. A prime example of such a integration is the Stats Overlay allowing for typical UE workflow when working with projection policies. The main improvements are as follows:

Epic has put an extensive focus on more user-friendly interfaces and improved visualisation formats in recent months for both nDisplay and ICVFX configs. This continues into the roadmap of  Unreal Engine 5 with further developments of visualisation through the enabling of preview of the view frustum volumes and viewport border visualization. Epic also focuses down on further optimisations and fixed to the Root Actor in terms with the benefit of better performance and rendering accuracy. Key nDisplay UX improvements: 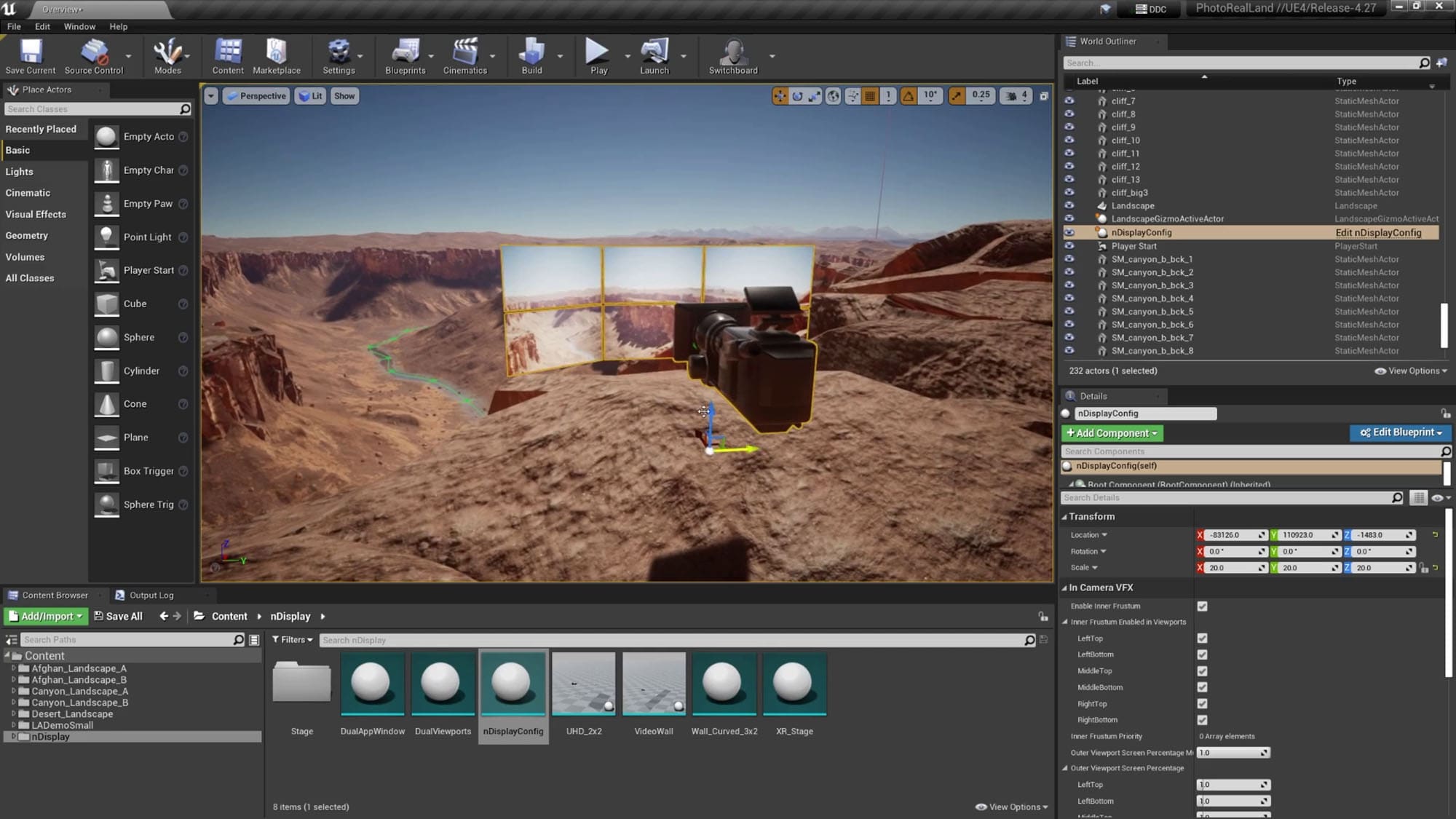 The existing FOV multiplier feature helped account for a camera that may move too quickly for the system latency to catch up, but Unreal Engine 5.0 introduces per-direction controls (left, right, top, bottom) for inner frustum overscan. This gives stage operators more sophisticated options for dialling in the size to match the needs of specific shots. such as:

Operators can also choose to opt in or out of adapting the render resolution to the overscan values (vs. scaling), giving them the power to balance maximum image quality with performance at frame rate.

nDisplay now supports the rotations of viewport outputs within the 3D Config Editor. This optimizes LED processor canvas usage and aids in the efficiency of node rendering and viewport configuration. Full support for the following rotations:

Unreal engine 5 brings the introduction of nDisplay failover logic to displays and stages. Allowing clustered systems can gracefully recover from the most common failure types by allowing a render node to drop from the cluster. Users can also implement their own failover logic and alternatively use content from existing live backup nodes. Common failures include: